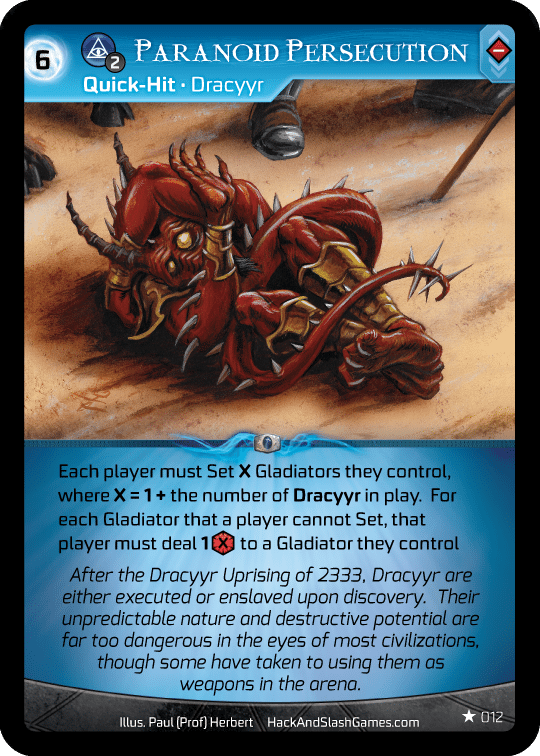 Still, this card is still useful when played at the right time.  In fact, it might even make sense to use it just to get your Character Raging, though it’d be pretty expensive for that purpose.  When your opponent is completly Set, this can be a nice additional amount of Damage, and remember, Direct Damage ignores Shields, and does not trigger Rage responses as it’s not an Attack.

Rules Note – This card cannot count itself as a Dracyyr card “in play” because Quick-Hit cards are never “in” play.  Cards that remain on the table are in play, such as Characters and Pumps.