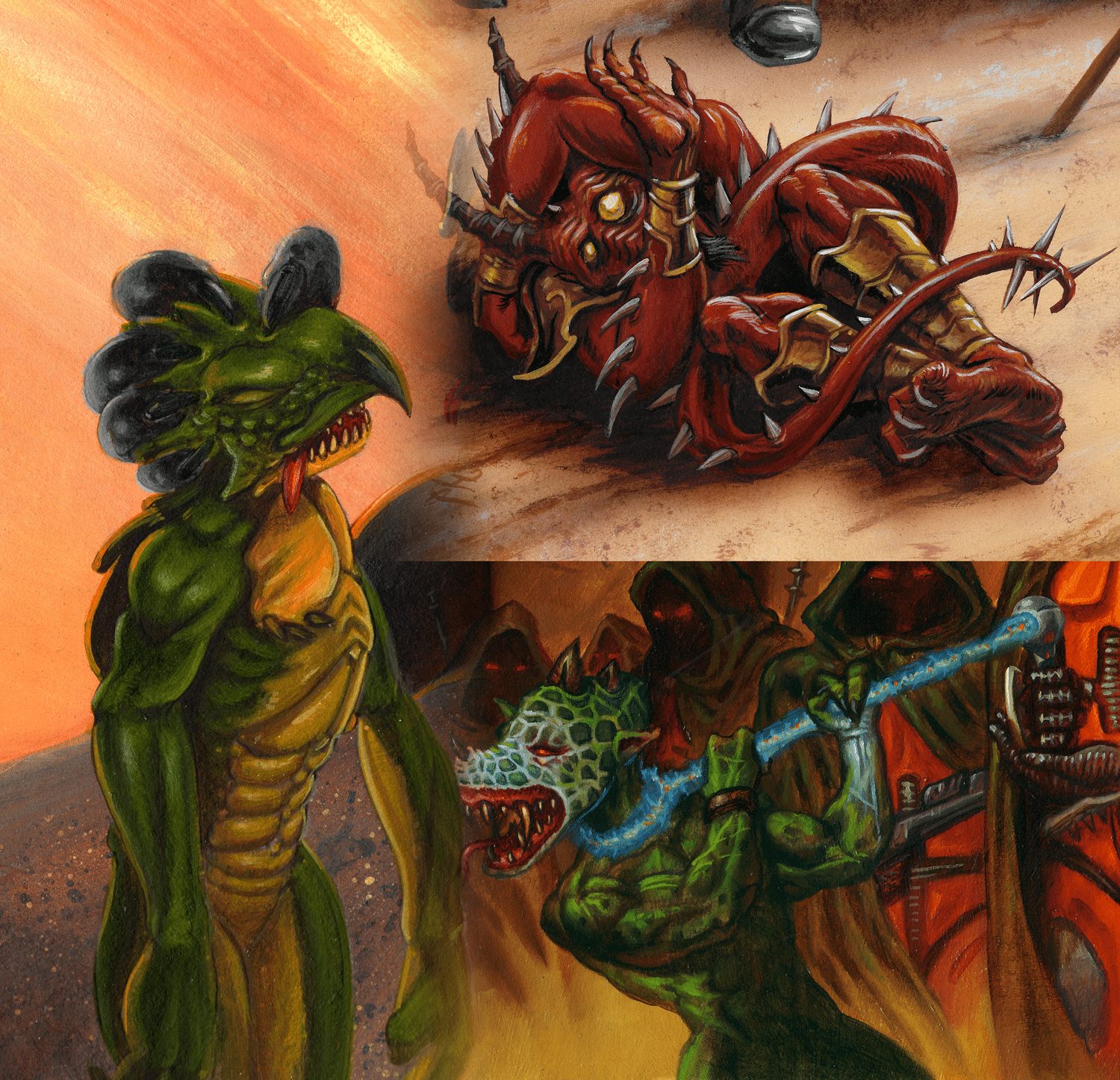 Millennia ago, an ancient civilization seeded planets throughout the galaxy with the Dracyyr.  They began as primitive lifeforms that, when threatened, would unleash terrible destruction.  They were meant as a way to forge the native species on different worlds, to remove those that were not strong enough to overcome the Dracyyr, and to temper those that could. 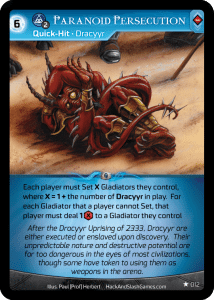 There are endless legends of such creatures throughout the known universe.  On Earth, they were known as Dragons or Wyrms.  The constellation Draco is also believed to be inspired by one of these creatures.

Humanity eliminated the Dracyyr threat from Earth hundreds of years ago, as countless other civilizations did on their own planets.  However, with the advent of space travel, Dracyyr began to spread to worlds where they had already been removed.  Their ability to blend in with other creatures for survival makes them very difficult to identify.   It is believed that they have developed their own subculture and way of communicating with each other in order to increase their chances for survival. 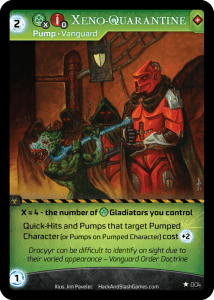 From what little information can be gathered about Dracyyr, it seems as though they have no actual control over their own defense mechanisms, and actively try to avoid situations where their defenses would become both a liability, and a threat.

The Vanguard Order, formed to combat “The Drac Menace” is just the latest organization to take up the crusade against these reptilian beings.  Soon after they formed, the Dracyyr, sensing the threat, started to allow themselves to be placed in harm’s way, apparently aware of the consequences, in what appears to be an effort to shield the rest of their species.

It is believed that G’Frhtru may have been a Dracyyr before the experiments which robbed him of his ability to communicate.

Abomidor appears to have aspects of a Dracyyr as well, which is in part why his appearance is so offensive. 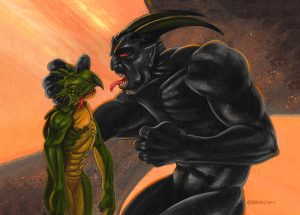 You can pick up Dracyyr in the latest Kickstarter for just five bucks!
https://www.kickstarter.com/projects/jrobinette/ophidian-2360-peoples-champion 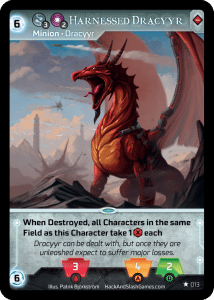