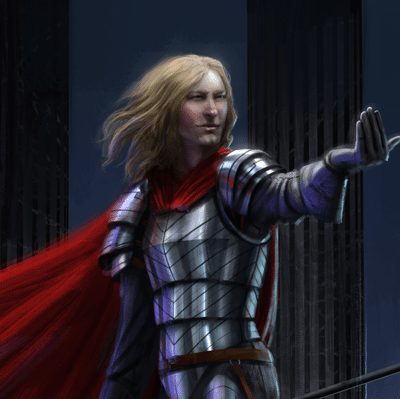 Biography
For five years, Lord Magnus made fame and fortune for himself in the Ursai Major in the Kelnite Emeralds Joust Knights Tournaments by reading his opponents minds and predicting their moves. Lord Magnus’ only loss was during a Joust match with a Construct opponent who he was unable to read. He asked for a rematch, but the Council of Kelnite Emeralds Joust Knights was suspicious of him, so they threw him into a gauntlet match. Lord Magnus defeated all his opponents with the exception of the Constructs. That gave the Council confirmation that he was using his Psionic powers to profit, and exiled him from the System Games. With nowhere to turn , Kam enlisted in the Ophidian League in a effort to maintain his fame and glory, and rebuild his reputation.

Timeline
2360 Lord Magnus joins Ophidian League after being exiled from the Tarn System by the Kelnite Emeralds.