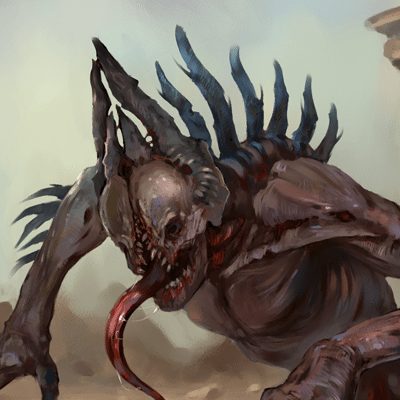 Biography
G’frhtru was undergoing treatment in a top-secret Komshof Corporation BioGen facility when he was acquired by the Ophidians. His origins before that point are unknown. His frightening appearance makes most gladiators think twice before approaching him and his volatile nature makes him prone to fits of intense rage. He draws Bio-decay power from his surroundings and his environment can affect his power level.  While he simply cannot communicate beyond enraged screams, it is believed that he may have been the result of experiments on Dracyyr subjects.