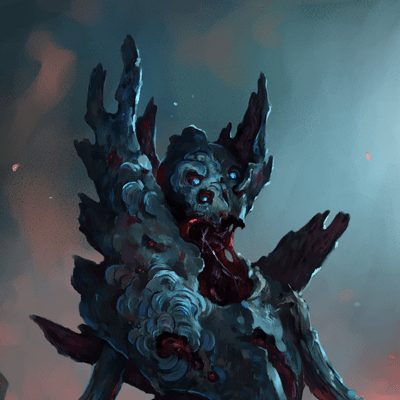 Biography
All living beings instinctively find Abomidor to be an affront, and a disgusting offense that should not be allowed to exist. A genetic fringe creation brought to you by Doctor Robert Vertex of Komshof Corporation’s Wellness Subsidiary – Genesis Lite. During the creation process Abomidor became an unnatural, unliving abomination. Every time his creators tried to dispose of him, he simply would not die.  After the recent accord from the Ophidian League with the Komshof Corporation, the Genesis Lite board directors voted to give Abomidor as a gift to the Ophidian League.  He was packed and shipped immediately with a no return clause.  It is suspected that Abomidor contains Dracyyr genetic material.

When Abomidor is summoned into the arena, it is with great reluctance.